Why did you do that?

I have had my fair share of strife when managing teams of people. I have attended various training courses etc... and the one thing that they never explain is how to tell people what not to do.

Its easy enough to tell people what to do. You have a project with some goals, and requirements, and so you start by reviewing the goals and requirements with the team. In your head everything is crystal clear, and after the 1-2 hour discussion, it seems that the team members are content with the project definition. Then, everyone smiles, nods and agrees that this project, is simple, clear, and will easily be accomplished within the given time frame.

I realize this is all simply about communication, and experience. Something that I believed was obvious, and didn't need to be said, wasn't obvious to the team members. The solution isn't to micro-manage and tell people exactly what to do and exactly how to do it. Everybody wants to contribute to the project, and add something of themselves.

But, how, oh how do you guide a project through and avoid the incredible tangents that junior members are guaranteed to do, just to inject a part of their inexperience into the project. In some cases, you just can't afford to let people learn the hard way.

I did a bit of an update to the ProxyManipulator.
One of the key goals was to set up a nice fast foot pivot system that didn't require any fancy controllers actually installed on the foot object.
One of the weaknesses, is that although possible to manipulate an object in a perfect arc, the created keyframes will be linearly interpollated.
I have added an option to create several keyframes on the time line at ouce, to create a better arc. If you wanted an object to move in a perfect circle, you just turn this value right up.
I have also built Max 9, 2008,  2009 versions, and soon I'll compile a version for the next revision of Max.
Proxy Manipulator dlls
I have also uploaded the source code. This controller is fairly simple and the source code could become a template for your own project.
Also, you coould take the code and re-compile it for whatever version of max you are using.
Proxy Manipulator Source Code
Have fun.
Phil
Posted by Phil at 6:23 PM 9 comments: 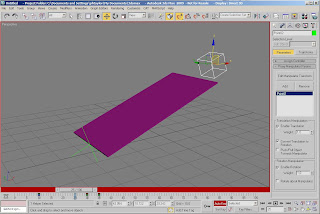 I had this idea for a simple controller that would filter manipulations and pass them on to other objects.
It is based on the 'Gizmo Transform' controller that comes with CAT, but this one is a lot more sophisticated, and can do a few more tricks.
3dsmax
3dsmax actually has a very flexible powerful animation system. the original designers of max made it possible to write plugins for virtually any area of the software, and a tool like this 'Proxy Manipulator' is really not a lot work to write. It took me only a few hours to have it up and running, and a few more hours to make it load and save and handle undos etc...
The 3dsmax SDK doesn't do a lot of the dirty work for you like other SDKs. It basically leaves it up to the coder to handle lots of little problems which can be seen as a headache. I actually think that its not all that bad, and for an experienced developer Max is very malleable to your needs.
Proxy Manipulator.
the idea is basically that often you want to easily manipulate one, or a group of objects quickly and easily.
The proxy manipulator enables you to set up configurations where you can manipulate one object, which passes on those manipulations to target objects, which in turn get keyframed.
In the video I show a couple of different configurations of how you can use the controller, but I am sure for an imaginative TD, there are loads of cases.
I don't consider this project finished, and I may add another few ideas if they are good and add to the original concept.
I will be posting the source code soon, but if anyone want to take a look, just send me an email. Its really not a complex controller, but it embodies everything that the 3dsmax SDK was designed for.
I also have ideas for a few companion controllers that could work with this one to improve on the final playback.
Links
Tutorial Video
http://www.vimeo.com/3278218
plugin : You can get the plugin here.
Max 2009 32 bit
Please let me know if you find it useful, and if you need it in another flavour ( e.g. 2008 ), I can arrange that.
Phil
Posted by Phil at 9:08 PM No comments:

Ok, so I have left work at Autodesk now, and instead I'm working for a small games company called trapdoor entertainment here in Montreal.

www.trapdoorinc.com
Things are good, and I'm getting hands on experience in game development which is exactly what I wanted.
Posted by Phil at 9:06 PM No comments:

This blog will eventually be filled with articles and links that I have gathered and have found interesting.

I studied at Otago University in New Zealand where I earned a Bachelor in Computer Science. Uni life was fun and I didn't work all that hard on my courses. I was way to busy working on my animation demo reel in 3dsmax to care about my grades in engineering.

I worked for a small local production company called Ra Productions where I was lead animator.
We worked on a bunch of smaller TV shows for Animal Planet, National Geographic, BBC, and smaller local productions also.
One show called 'The Most Extreme' heavily featured animation and went on to be nominated for an Emmy for its 2nd show, The Most Extreme : Jumpers.
Here is a sample of the show from a later season when I no longer worked on it. It still features all of my earlier work including the introduction sequence and countdowns. 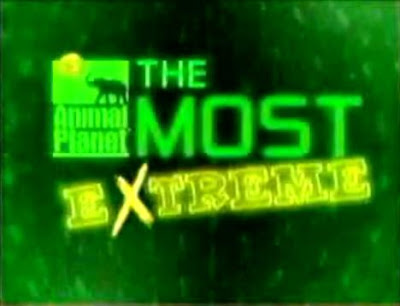 The Most Extreme : Super Senses
CAT 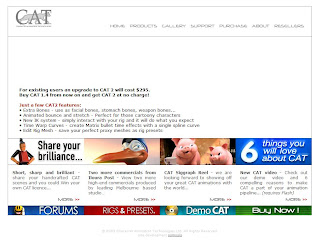 I started up CAT with my boss at the time, Scott Pearson to commercialize some ideas I had been developing for a while. The ideas were mostly about procedural motion. I worked for roughly a year on CAT before we considered turning it into a product.
The background we came from was not big productions and we used ourselves as a customer template for development. CAT 1.0 was released in November 2003 after quite a short beta period. This turned out to be a little short sighted and so for CAT 2.0 the whole system was overhauled with bigger ideas in mind.
www.catoolkit.com 2005

CAT was a very tough learning experience for me. I started out in a tiny little studio with a few ideas and soon I was in charge of a development team supporting a product used by a collection of high profile game studios. From a standing start I had to learn about pipelines, motion capture, batch process, etc... and present a solution to the world without any experience in it, or the resources to do any real research.

That said, I think I can safely say that CAT is a strong product that presents many many novel and inovative approaches to solving loads of tough problems in 3d animation. The many long nights at the office banging my head against problems were eventually fruitful.

Being lead developer, and demo guy is an interesting challenge. I was in front of customers as the demo either went well and everybody was impressed, or it crashed and burned in a humiliating reality check that sent me rushing back to the hotel to email 'the guys', or try and fix it myself before going to bed.

We went on for another year and started the CAT 3 beta cycle when we were eventually acquired by Softimage (Avid) in July 2006. 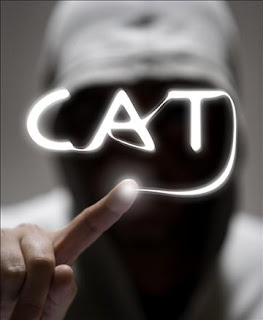 At Softimage, I found my biggest impact was taking a leading role in developing the workflow for ICE in XSI 7.0. Although in production I had used particles quite a lot(more than characters actually). this was back in 3dsmax 2.0 or 3.0 and so that experience wasn't much to lean on when it came to defining the workflow for one of the most impressive pieces of engineering to be developed in recent years.

One reason for posting this blog is to write some articles explaining some techniques when using ICE, and help people get to grips with this system faster.

This part of the story is still being written, but what I can say is that I have learned a lot more about the world of animation. Now I am head of animation at Softimage, and we have just been acquired by Autodesk.

The future looks bright for me, and especially good for the CAT product and therefore its loyal fans


Thanks for reading and hope to see you back
Phil
Posted by Phil at 9:24 PM 2 comments: